5 Social Media Pitfalls You Must Avoid

5 Social Media Pitfalls You Must Avoid

Social media is double-edged sword. It can be either an invaluable tool or an incredibly destructive force working against your company’s reputation. Social media can create an amazing marketing buzz for your company. However, the posts you create on your company’s social media accounts can cause negative backlash if not used properly. Here are some of the top social media pitfalls you must avoid.

1.     Using a hashtag without first properly researching the background behind that hashtag

After the Twitter hashtag, #WhyIStayed, began trending in order to promote awareness and speak out against domestic violence, Digiorno Pizza tweeted this… 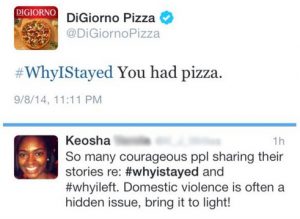 ALWAYS do your due diligence on the significance and purpose of hashtags before trying to use them in your post. This is one of the more offensive social media pitfalls- pay attention!

2.     Poorly relating or being insensitive to holidays

Often companies create cheesy posts for holidays that are ineffective. However, sometimes they can be extremely offensive if they do not respect the meaning of the holiday. In this case, the post was outright ignorant and a Facebook user shamed this as another one of the worst social media pitfalls. 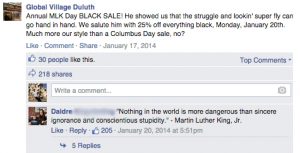 3.     Using images without fully knowing their source and meaning

To celebrate July 4th, American Apparel posted a picture their social media administrator believed to be a cloud or some type of firework, but in reality was a picture of the Challenger exploding. This shows no respect. 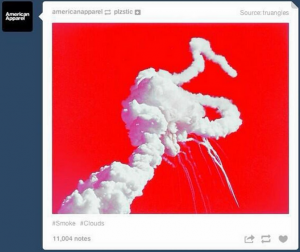 4.     Fail to respond and resolve customer feedback on your social media platforms

Smuckers has donated and supported the production of GMO crops, which they use in some of their products, and received questions from their followers on their Facebook page about it. Instead of responding to the post and explaining their position and belief on the situation, they resorted to deleting the negative posts and in turn created an uproar on social media. One of the easiest social media pitfalls to fix is to simply be nice in your comment section. 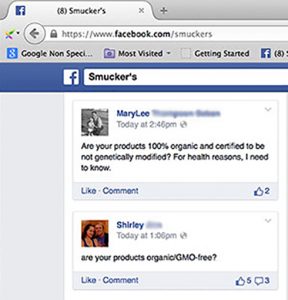 5.     Leveraging their social media platform only to push their products or services down their followers’ throats

The purpose of your business for utilizing a social media platform should be deeper than simply adding another medium for generating business sales. It should be a way for you to create truly loyal fans and followers, by giving them an insider’s look into your company. This is an all too common example of businesses’ social media accounts that lack a deeper purpose and are therefore ineffective. 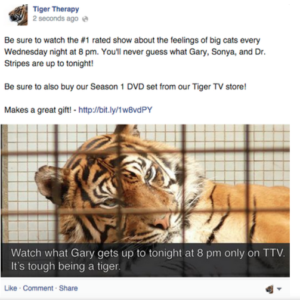