Hackers Are Destroying Androids: Here’s How To Protect Yourself 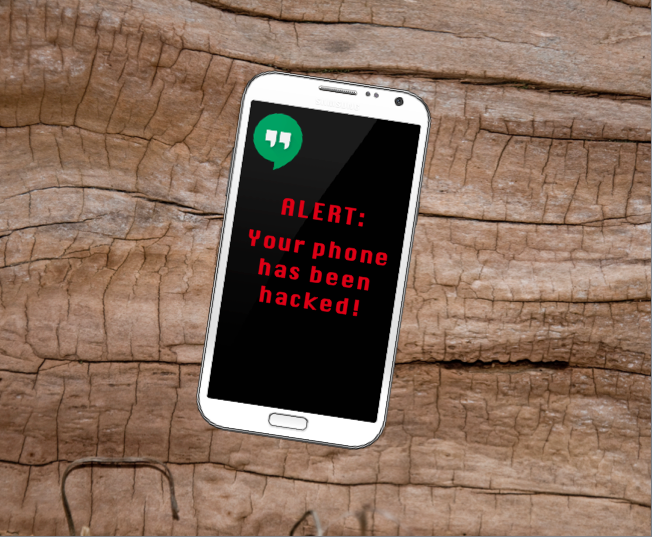 Hackers Are Destroying Androids: Here’s How To Protect Yourself

Daniel Bower2015-08-06T17:04:30-04:00
By Daniel Bower Tech News, Tech Support Comments Off on Hackers Are Destroying Androids: Here’s How To Protect Yourself

Right under the giant scope of the world’s most prominent search engine and constantly growing tech company, hackers exploited an SMS application that’s on over 950 million users’ phones. Google’s ‘Hangouts’ application that comes with every Android phone is an alternate to SMS messaging, much like Apple’s iMessage. However, Hangout’s convenient automatic video-saving ability left them exposed to hackers using malware to infiltrate phones.

This hack is the first time that such a large tech company has been exposed in this way, leaving hundreds of millions of people’s phones completely vulnerable. Hangout- the app- has a feature that allows an incoming video message to be automatically saved to the device so that a user doesn’t have to even click the video to enjoy it. Well, they won’t enjoy this video. Hackers created a short video, inserted malware into it, and sent it to thousands and potentially millions of phones. Malware: automatically saved.

Keep in mind that even though Hangouts has been primarily exposed due to this autosave feature, your phone can also receive a normal MMS message that contains malware, which will come from an anonymous number. However, you then have the option to open this message or not. As common logic would suggest: don’t open any random messages.

So, for Hangouts, you might be wondering: What do I do? Well, you have a couple of options. One is: get rid of Hangouts. With a normal messenger on your phone and so many plans for unlimited texting, make the sacrifice- delete/disable Hangouts- and stick with your stock SMS texting. Once Google makes a change, you can always reinstall and get back to your “hanging out”.

Option two is a bit less assuring: remove automatic MMS saving on this app. This feature’s On/Off switch should be found under settings for the app. If you can’t find it, call your phone’s manufacturer for customer service. However, I don’t fully trust this route. This problem is so large that Google’s Ludwig said this will be, “…the largest software update the world has ever seen.”

My recommendations (if you haven’t already been affected):