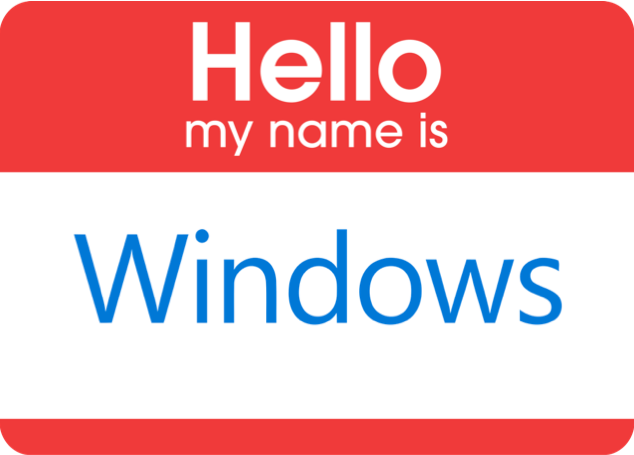 Microsoft’s Windows Hello will change the way we compute. Now or later.

The new upgrade from Microsoft is Windows Hello, its new ground-breaking feature. Much like featured on the Xbox One using ‘Kinect’s abilities, Windows 10 computers will now be able to recognize you- personally- and address you by your name. Crazy, I know. Even more insane is that it will work as your password and when your computer is hibernating, it will come alive simply by you taking a seat in front of it. Unlocked and ready to go. Not only does Windows Hello increase your security, but it makes it as simple as being yourself to access your computer’s home screen.

So, this seems like one of the coolest inventions yet- and Microsoft is the victor in achieving it first! Macintosh had the finger scanner on its iPhone 5s first, but now Microsoft and Windows Hello have decisively won the facial recognition race, an element featured in James Bond movies for dozens of years. It was inevitable to become a reality. What’s next? Holograms- you got it. Maybe, but the fact is that although Microsoft has brought this technology to the table, it’s only serving it up to the V.I.P. section.

How much does this cost?

Although this feature is available to everyone, “everyone” includes only the people that are willing to pay a lot for their computers, a choice between a little more than ten models as of now. Although this seems like an eccelectic variety of choices, the prices are expensive even though purchasers, especially PC purchasers, have been loving the low prices on computers that feature Windows software (especially compared to Macintosh prices). So essentially, this software won’t become a hit just yet.

Over the next few months, especially the months leading into the holiday season, there will be many new releases from tech companies. It’s the prime time to get a product out on the market to get picked up as presents. So the question becomes: what will Microsoft release in order to bolster the attention for this new incredible Windows Hello?

Currently, Intel computers are the only ones that feature the high-tech camera that reads depth in order to retrieve facial information- even despite makeup and beards. They are what we call the current industry leaders in computers with facial recognition. The problem for them, and potentially even Microsoft, is that this means essentially nothing right now. Not only do not many people know about the Windows Hello software (its commercials don’t even show it, you have to search on Google for it), but it’s pricey to obtain and without many options. No one is going to go out of their way to buy an Intel computer just for this sole feature that they might not even know about.

Where is Apple with this?

This presents a potential opportunity for Macintosh. Although they haven’t displayed the intelligence to do this with their computers, as most people that follow tech industry trends know, it’s only a matter of time before they do. Everyone eventually catches up in some way in some timeframe. The only matter now is what is this timeframe and how popular will this be. Personally, I think this is the future of privacy on computers. No more can people hack or guess your passwords, but they will have to physically be with you. So unless they hold you as a hostage, they’re not getting onto your computer, even if they steal it- protection from theft is another great thing that this features.

In addition, to the privacy being awesome, the ability for your computer to recognize you as yourself can personalize the experience of having a computer even more. Windows Hello can literally say, “Hello” to you and refer to you by name. This, paired with voice recognition (as the Xbox One does) allows you to have full control over your computer like it is your actual secretary. Paired with some other cool software like ‘Cortana’ <link this>, your computer can become your digital assistant.

So, the ball is in Microsoft’s hands. If it can release some good products with this feature on it before anyone can catch up, it’s in a good position. It will gain exposure and assert itself in a way that it hasn’t in a while. Rarely has Microsoft been ahead of the curve in recent years. If not, it could lose a great marketing opportunity.